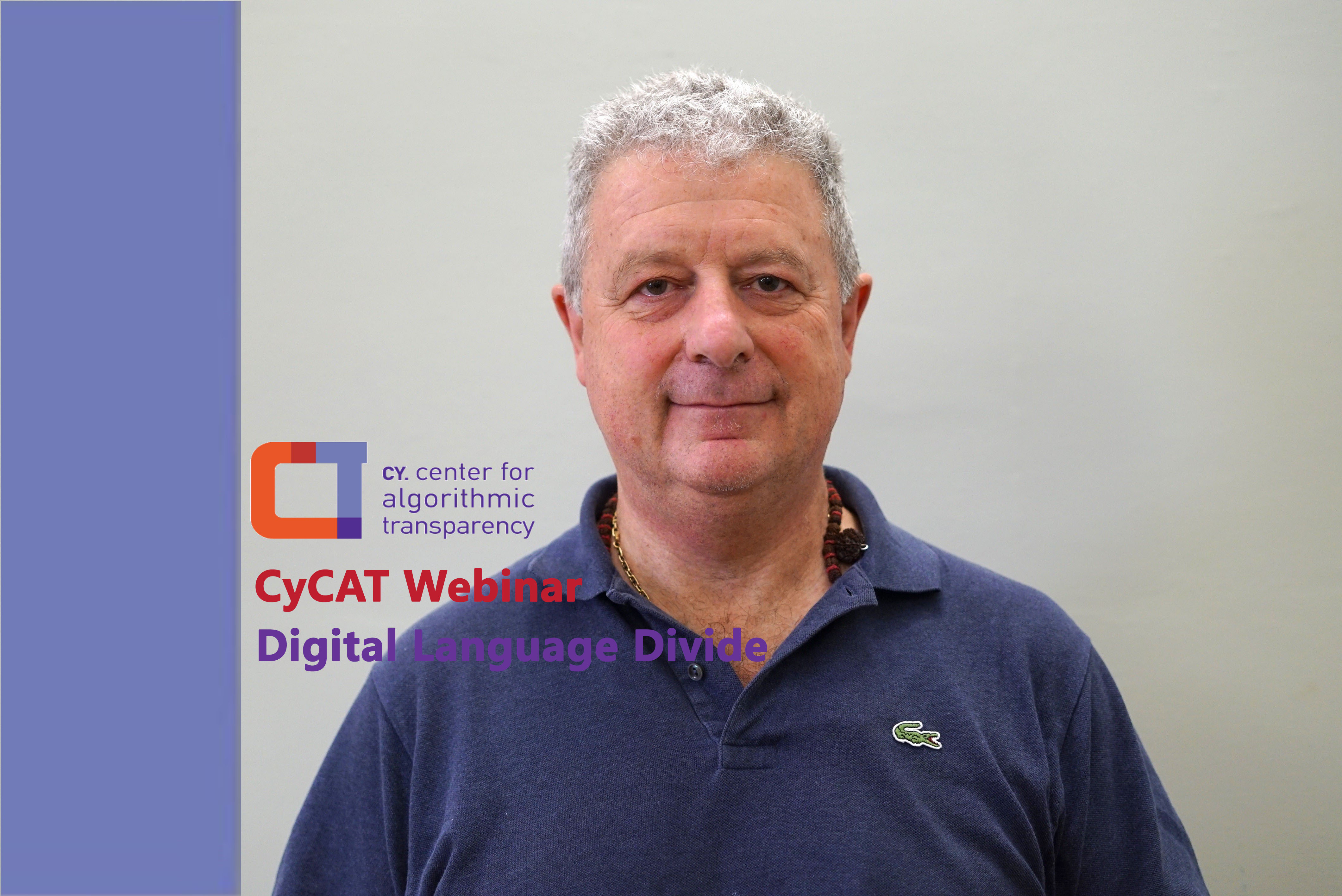 Presentation Abstract: This seminar focuses on the so-called “Digital Language Divide” namely the fact that only a very small minority of the 8,000 natural languages spoken worldwide (not considering dialects) have a sizable online presence. The seminar starts from an assessment of the problem, it shows the negative effects that this has on the under-resourced languages and then it highlights a possible way deal with this problem. The proposed approach concentrates on some of the research issues which must be dealt with as well as on DataScientia, an initial attempt to organize a global, bottom-up, worldwide approach to this problem.

Short Bio: Dr. Fausto Giunchiglia is a Professor of Computer Science, University of Trento, ECCAI fellow, member of the Academia Europa. Dr. Giunchiglia studied or had positions at the Universities of Genoa, Stanford, Edinburgh. His research is on knowledge management with a focus on managing diversity. He holds around 10 Best Paper Awards, gave more than 50 invited talks in international events; chaired more than 10 international events, among them: WWW 2021, KSEM 2018, ODBASE 2008, IJCAI 2005, Context 2003, AOSE 2002, Coopis 2001, KR&R 2000, FLOC 1999; he sits as editor or on the editorial board member of around 10 journals, among them: Journal of Data Semantics, Journal of Autonomous Agents and Multi-agent Systems, Journal of applied non Classical Logics, Journal of Software Tools for Technology Transfer, Journal of Artificial Intelligence Research. He was member of the IJCAI Board of Trustees (01-11), President of IJCAI (05-07), President of KR, Inc. (02-04), Advisory Board member of KR, Inc., Steering Committee of the CONTEXT conference.

About CyCAT and the series:

The Cyprus Center for Algorithmic Transparency (CyCAT) is hosted at the Open University of Cyprus, the second public university in Cyprus and the only one dedicated to open and distance education. We collaborate with other researchers internationally and have recently teamed up with four leading universities across Europe and Israel through an H2020 Twinning grant. Our team holds key expertise in the algorithmic processes involved in information access, user interactions with algorithmic systems, user-system interaction, as well as the social and cultural implications of algorithmic processes.

The CyCAT research seminar series is open to participants worldwide. Its goal is to promote the understanding of algorithmic transparency and accountability, and to network with other professionals and researchers working in the area.

WHERE: The seminar is hosted online through the youtube channel of CyCAT.

More information about CyCAT can be found on the project website: http://www.cycat.io

CyCAT has received funding from the European Union’s Horizon 2020 Research and Innovation Programme under Grant Agreement No. 810105.