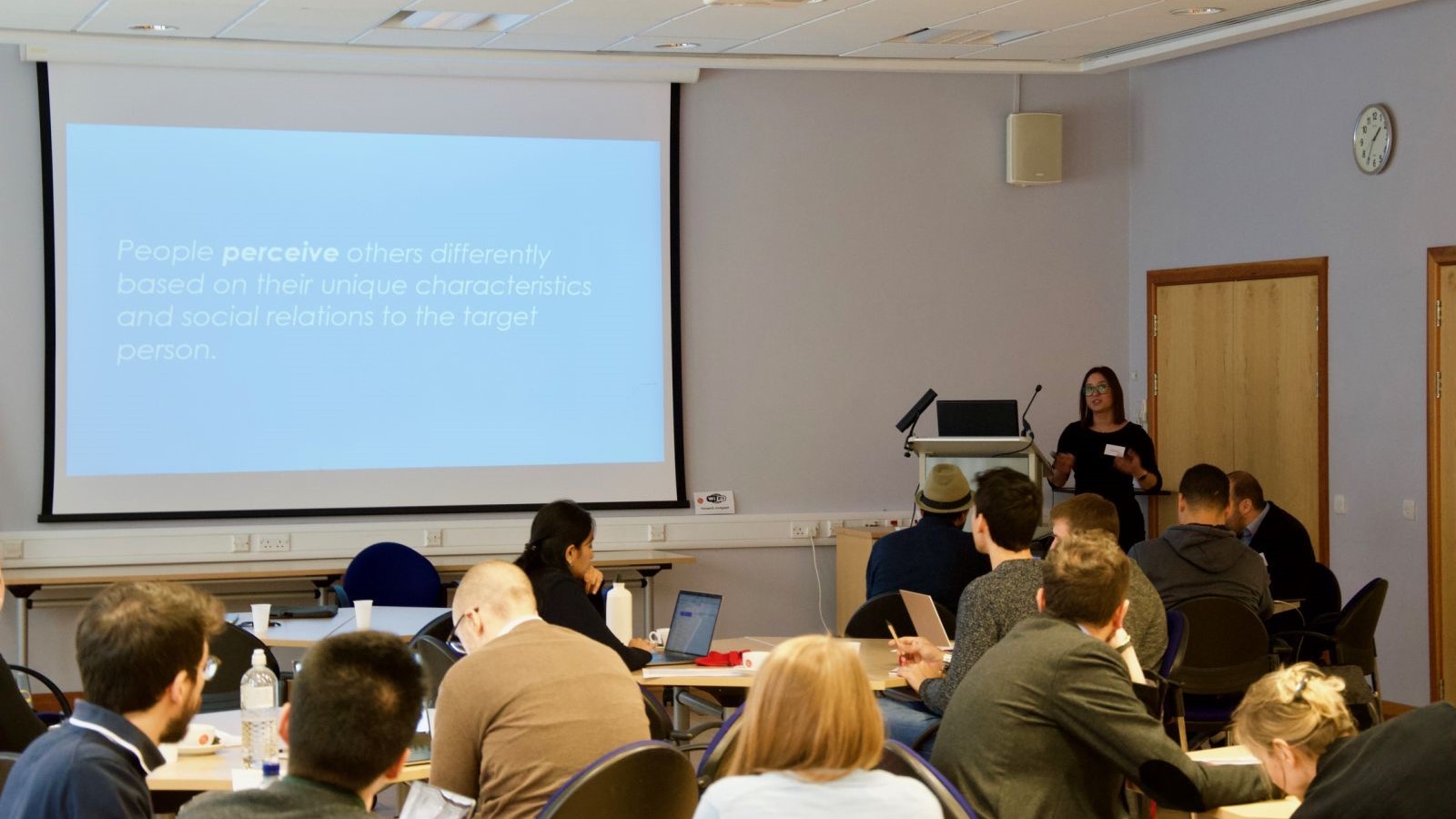 Dr. Styliani Kleanthous from Cyprus Center for algorithmic transparency presented, Fairness in Algorithmic and Crowd-Generated Descriptions of People Images at the First symposium on Biases in Human Computation and Crowdsourcing.

The abstract for the talk: Crowdsourcing plays a key role in developing algorithms for image recognition or captioning. Image analysis algorithms have become indispensable in the modern information ecosystem. Beyond their early use in restricted domains (e.g., military, medical), they are now widely used in consumer applications and social media, with the consumers taking the output of these applications for granted.
With the rise of the “Algorithm Economy,” image analysis algorithms are increasingly being commercialized as Cognitive Services. This practice is proving to be a boon to the development of applications where user modeling, personalization, and adaptation are required. From e-stores, where image recognition is used to curate a “personal style” for a given shopper based on previously viewed items, to dating apps, which can now act as “visual matchmakers,” the technology has gained increasing influence in our digital interactions and experiences. However, proprietary image tagging services are black boxes and there are numerous social and ethical issues surrounding their use in contexts where people can be harmed. In this work, we will provide an overview of recent and planned future work in analyzing proprietary image tagging services (e.g., Clarifai, Google Vision, Amazon Rekognition) for their gender and racial biases when tagging images depicting people. Our work focused primarily on discrimination discovery in this domain, as well as on understanding user perceptions of fairness. Finally, we will explore the sources of such biases, by comparing human versus machine descriptions of the same people images.