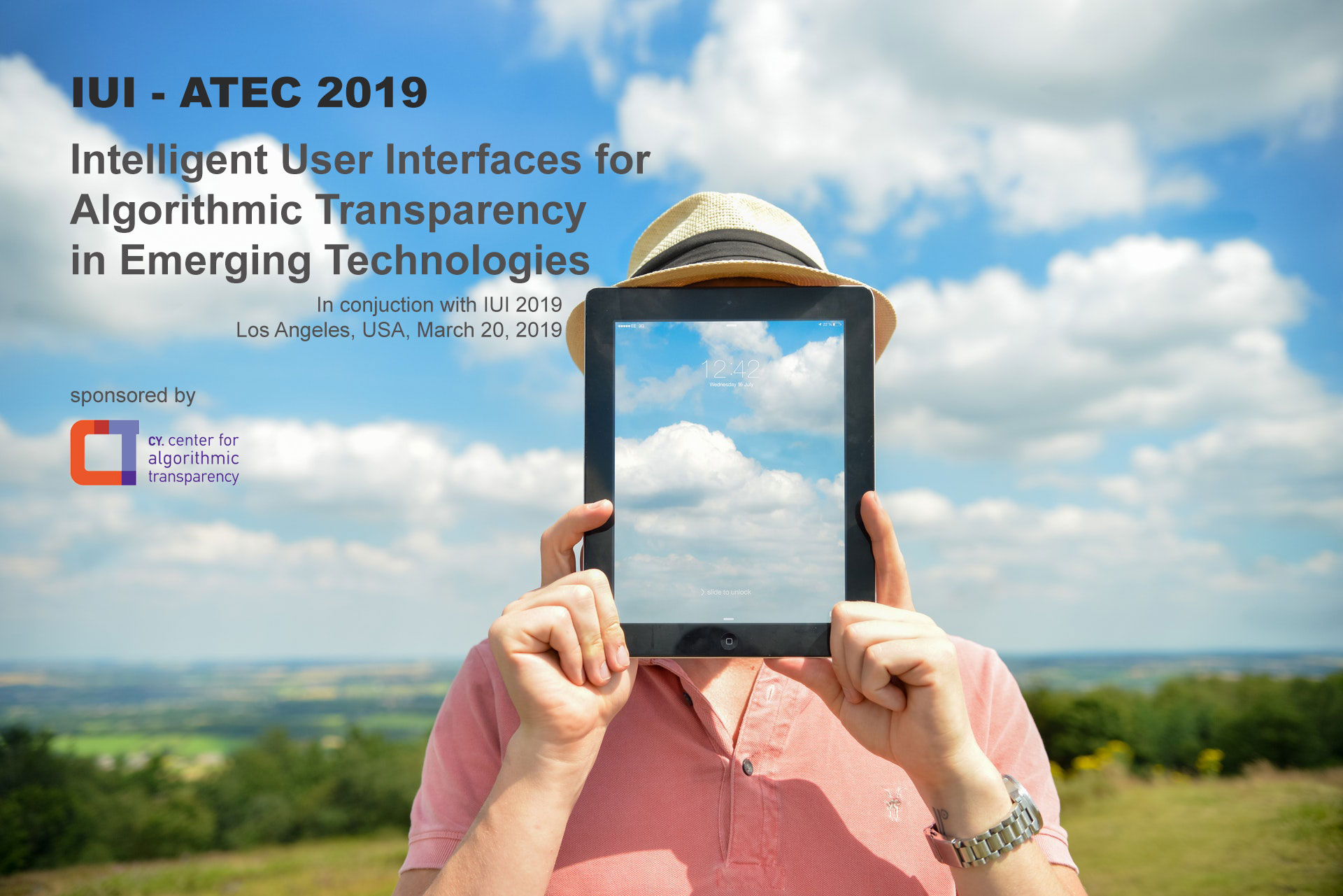 The actual time of the workshop will be confirmed at a later stage.

The primary goal of this workshop was to gather both an academic and industry participation in order to attract the attention of an interdisciplinary audience that includes researchers and professionals working in the fields of IUI, Recommender Systems, Adaptation and Personalization, User Experience, and User-centered Tools for promoting AT.

The submissions to the workshop varied greatly and covered the following topics:

The intent of the workshop is to have a fruitful discussion on AT in Emerging Technologies. Furthermore, the desire is to come up with directions to some general definition of transparencyconcept, based on the papers that are presented during the workshop.